Picture this: living in a world run by A.I.

What’s scary is I don’t think we’re that far off from living life that way. I certainly think we’re already capable of having a world run by Artificial Intelligence. Driving around in autonomous cars, having drones surveillancing the city, and even having robots make you snacks in the kitchen (I’m down for that part). That’s the setting of the new movie, Upgrade starring Logan Marshall Green. Life seems to be very enjoyable for Grey Trace and his wife Asha, until its not. 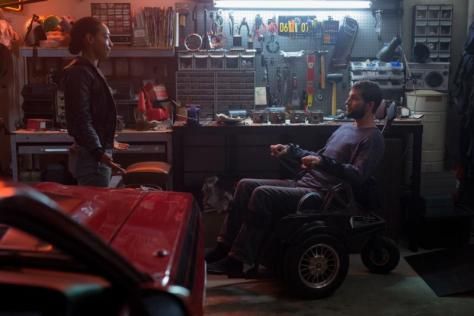 One minute you have it all, the next, it’s all taken away from you

After a “freak accident” late at night, Grey’s wife is brutally murdered and he is left fully paralyzed and in a wheelchair. At this point in the movie, I’m totally invested. I just got married and that scene tugged on my heartstrings. I don’t know what I’d do in a situation like that; losing the one I love.

When a genius A.I. inventor reaches out to Grey and offers him a black-market solution to his paralysis: STEM. An artificial intelligence device that takes over his body, allowing him to walk. Little does he know that STEM has more in store for him…

This is definitely a movie right up Trav’s alley. He really wanted to watch it so being the AMAZING wife I am, I watched it with him. I pretty much always choose romantic comedies because I like going to bed chipper and cheer-y.

Now I must admit, Upgrade surprised me a little. It was action-packed with a few unrealistic scenes to make me laugh a little and break up the intensity.

I give it 4 out of 5 stars, it’s intense but good! I definitely wouldn’t recommend watching it with kids under the age of 13 because there are some bloody scenes. Not a ton, but a few. 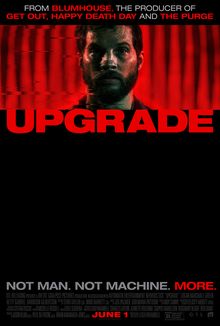 Upgrade is now on Blu-Ray and available for streaming!

If you’ve seen it, let me know what you thought of it in the comments. 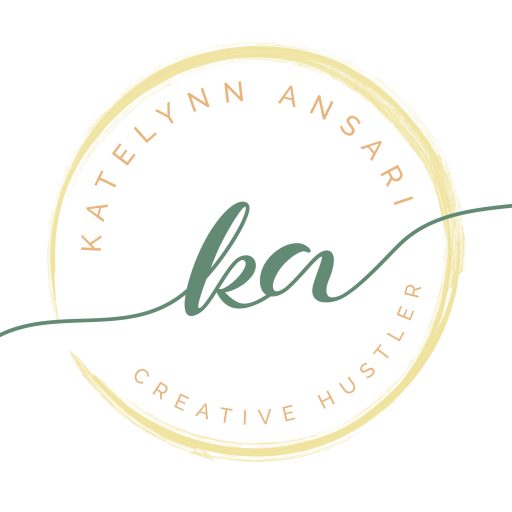